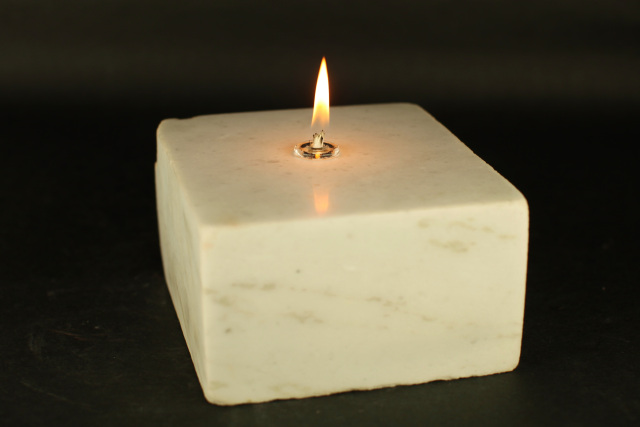 Add to Cart
Marble, Colorado is the location of a historic Yule Marble quarry along the mountains that began operations in the late 19th century, and from which the town draws its name. It has been used for the Tomb of the Unknowns, as well as for parts of the Lincoln Memorial in Washington, D.C., and civic buildings in San Francisco. It was also used for the construction of the Equitable Building, a historically important early skyscraper in New York City.
The marble of the quarry is considered to be of exceptional quality, praised as one of the purest marbles ever quarried and a rival to classical Italian and Greek marble. It is nearly pure calcite marble with minor inclusions of mica, quartz, and feldspar, and has irregularly shaped calcite grains ranging from 100 to 600 micrometers in diameter. According to physical tests of the marble, its strength is comparable to marble typically used in building construction.[7]
The quarry has enjoyed a renaissance since its acquisition in 2004 by Polycor, a Canadian-based dimension stone company, and subsequent sale to Italian group R.E.D. Graniti S.p.A. In spite of significant transportation costs, this high-quality stone is now exported in large quantities to Europe and Asia for transformation and use throughout the world, as well as being sold into the US market.